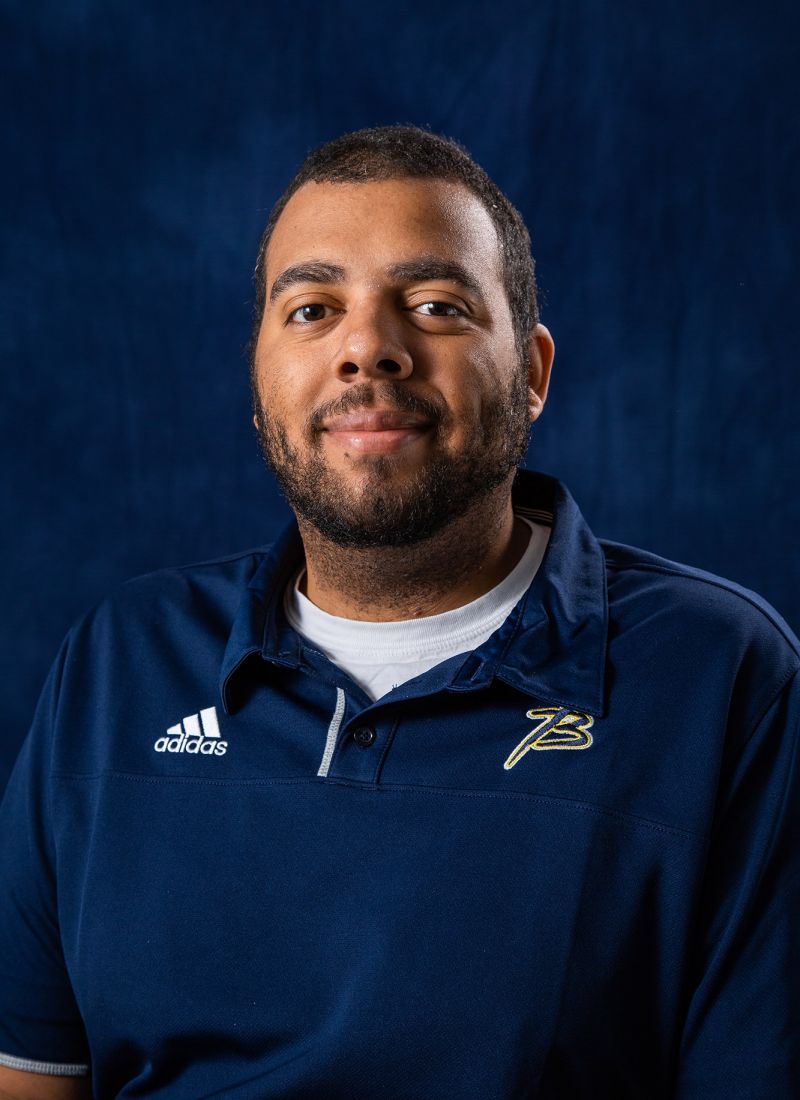 Anthony’s 2 years as head coach of the JV team were marked with some great moments with exciting games against Millar College of the Bible and Burman University.  On the varsity side, Anthony assisted in a 7-win turnaround for the men’s program going from 2-19 to 9-12 and a narrow miss of the playoffs. Coach Skepple is excited to be taking over a women’s basketball program that has been on the rise the last couple years including in 2019-20 where the team spent many weeks ranked in the top 10 CCAA national rankings.

Under Anthony’s leadership with the JV program the team has seen multiple PAC all stars, while also being recognized by the league winning the sportsmanship award in 2018-19.  Anthony was also recognized by other coaches in the conference winning PAC men’s coach of the year the same year. On the varsity side Anthony assisted a team with a 7-win improvement and worked with ACAC all conference player Brandon Tolentino.

Anthony was born into a Christian family in Kingston, Ontario and though born there he considers Edmonton, Alberta, to be his hometown, having spent most of his time there moving to Edmonton with his family when he was 11 and living there until coming to Briercrest in 2017. While attending church throughout his entire life Anthony was heavily involved in church activities but recommitted his life to the Lord in the winter of 2016. Coach Skepple has been involved in the ACAC since a young age.  His father was a coach in the ACAC from 2000-2011 allowing Anthony the opportunity to grow up in the conference. Coach Skepple played in the ACAC at the King’s University, where he spent one season as team captain.  During his time at King’s, his coaching career began coaching the boy’s basketball team at Kenilworth Jr. High in Edmonton. Coaching with his younger brother, Malcolm, they spent 2 years coaching the boy’s team making the playoffs both years and winning a city championship in their second year. From there, he and his brother got the opportunity to move up to the high school level coaching the Sr. Girls basketball team at W.P Wagner high school in Edmonton.  There in their first year they were able to win a tier 2 city championship in Edmonton while also coaching city MVP Laura Zarowny. Anthony spent 4 years at WP Wagner.  After graduating from King’s with a degree in music, Anthony was able to land a job working with the Edmonton Eskimos in the CFL, working as a video assistant.  After one season as a video assistant Anthony was promoted to video coordinator while also helping in an unofficial capacity with the offensive coaching staff.  It was during that time that Anthony was part of the staff that brought the grey cup back to Edmonton in 2015. After 2 years as video coordinator Anthony was again promoted, this time to offensive quality control coach for the 2016 season.  It was after this season that Anthony decided to leave the CFL and got the call to come to Briercrest.

Anthony and his wife Teri met while both were students at the King’s University.  They have been married for 8 years.  They live in Caronport with their 3 rambunctious children Levi (5) Grady (3) and Emma (2).  They are heavily involved in the congregation at Moose Jaw Alliance Church, both playing on worship teams with Anthony leading a worship team and Teri part of the leadership of the children’s ministry team.

Anthony has a degree in music from the King’s University and is currently working towards his masters degree in Leadership and Management in the Seminary at Briercrest, as well as his NCCP Train to compete/train certification.

I have played volleyball since grade five and I have been on many teams, but never have I been on a team quite like this one. The whole team, including the coaches, truly cares about who you are as a person, not just as an athlete.
Amanda (Lundquist) Wendel Class of 2015 BA Applied Linguistics TESOL, women's volleyball, 2014-15 ACAC South All-Conference Team
Start your application